The highest Hotel on Etna

Corsaro Etna Hotel&SPA sits at an altitude of 2,000 metres on highest volcano in Europe: Etna. The origin of the hotel dates back to the 1940s, when buses and travel agencies discovered Mount Etna. The Corsaro restaurant became a fixed stopping point along their Grand Tour of Sicily. Later, the restaurant expanded into the hotel of today. The Corsaro family stood up to the volcano’s temperament, fighting against several eruptions in the last twenty-year period, despite the prevailing view that the south side of the volcano is the ’safe’ side. The most devastating for the hotel was the eruption of 1983, which destroyed the entire original building. In 1985, reconstruction of the hotel began, which was completed in the 90s.

Corsaro Etna Hotel&SPA is immersed in the fascinating landscape of Etna Natural Park and UNESCO protected zone. It is located just 300 metres from the cable car, chairlift and ski-lift. Corsaro Hotel & SPA is an ideal base for excursions to the top craters and for winter sports activities. Recommended by the most prestigious tour guides as a friendly stopping place for people who wish to visit the volcano, to ski in Sicily, or to view the most unique landscape in the world, while at the same time enjoying comfortable rooms and delicious home cooking.

Corsaro Etna Hotel&SPA has 17 rooms delightfully furnished in wood, each provided with satellite-TV, direct telephone, and a private bathroom with a hairdryer. You have a range of room styles from which to choose: rooms with romantic king size beds, to large family rooms and possibility to get view by the highest terraces of Sicily on the magnificent landscape of Catania’s Gulf. In a natural context, unique in the world, Corsaro Etna Hotel&SPA gives international researchers a place to live in close contact with a permanently active volcano. The proximity to Etna’s spectacular lava eruptions is often just a few kilometres. All mountain lovers will have the opportunity to enjoy long pleasure walks in the forest in the summer and, ski, downhill and cross-country, during the short, but intense, Etna winter.

Corsaro Etna Hotel&SPA’s restaurant offers its guests rich buffets of traditional Sicilian cuisine. Dishes range from many hot and cold appetizers, pastas (3 / 4 choices), meats (4 / 5 choices) to the varied hot and cold contours, from vegetables to cheese and salami, ending with sweets and fruit.

Restaurant is open only for groups and when we have enough requests.

Wellness area offers sauna, whirpool, chromatic shower, steam bath, infusions corner and relax zone. It is open from 3:30pm to 7:30pm. Reservation needed: one hour in advance for sauna and steam bath, one day in advance for whirlpool. We will not take long range reservation. Area is a silence zone reserved to adults and children above 14 years old.
Special offer: area is free for guests who reserve directly by our website. 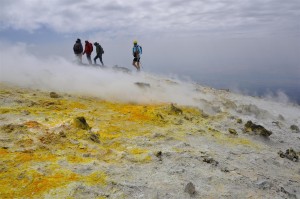 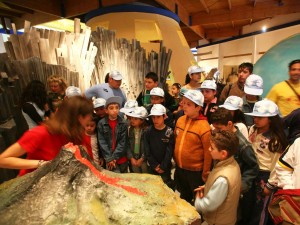 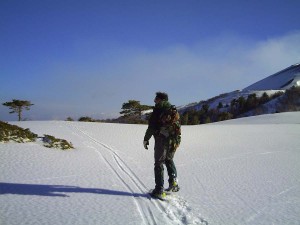 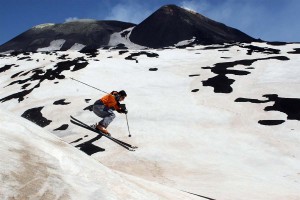 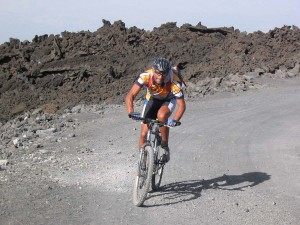 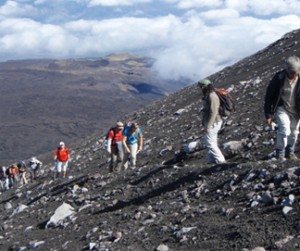 Excursions to the top craters 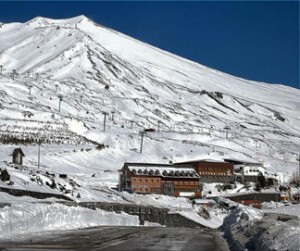 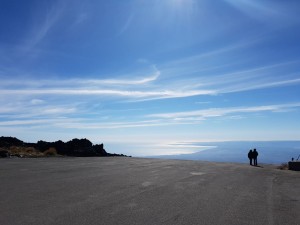 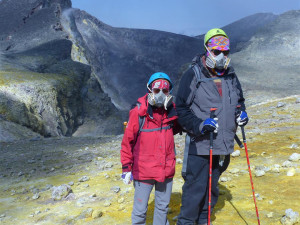 The Krabusch on Nord Est crater 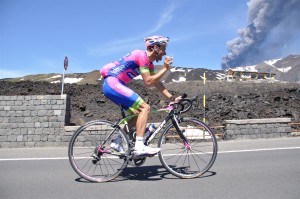 He was coming in our hotel, tomorrow. We are shocked. Ciao Michele. 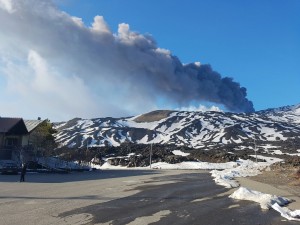 Boris Behncke, friend and INGV member, was next to new eruption, today. Here is his witness: “Violent explosion at the contact between flowing lava and thick snow on Etna about one hour ago. A few people injured, I received a bruise on my head but am generally fine and having a good, well-deserved beer in ... 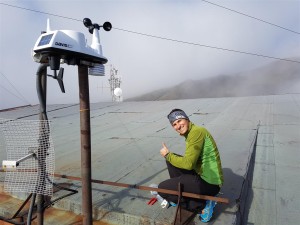 A meteo station and a new webcam on Hotel Corsaro’s roof! Thanks to Dario for this partnership with Etnasci.it 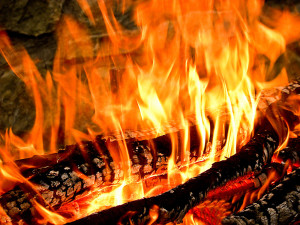 Hotel will stay closed from I November to late March. We will answer only by email.

Our staff joined “Etna Touring” excursion to summit area and it was incredible! To reserve an excursion to the top craters you can contact Pietro La Rosa, official alpine guide: info@etnatouring.com  +39 331 1080540. Excursions are not an hotel service. We decline every responsability. Who reserves room directly, by www.hotelcorsaro.it, gets discount on their excursions.

Located on eruption 1983 lava, Hotel enjoys a splendid view, east over the Gulf of Catania, south to Syracuse and west horizon to one fifth of Sicily. It is the ideal location to visit the active craters and enjoy a well-deserved relaxation in the small but equipped Wellness & SPA area.

Follow signs to TANGENZIALE Catania, turn down on the highway A18 direction MESSINA up to GRAVINA (ETNA) junction. Follow signs to MASCALUCIA and then NICOLOSI. Cross Nicolosi along VIA ETNEA, which becomes the SP 92 climbing the volcano. The hotel is located at about 19 Km from Nicolosi centre.

Follow signs to A19 motorway to CATANIA, turn down up the ramp to the TANGENZIALE of Catania, direction A18 motorway to MESSINA; turn down to junction GRAVINA (ETNA). Follow signs to MASCALUCIA and then NICOLOSI. Cross Nicolosi along VIA ETNEA, which becomes the SP 92 climbing the volcano. The hotel is located at about 19 Km from Nicolosi centre.

Follow signs to A18 motorway to CATANIA, turn down in GIARRE. Follow the signs for SANTA VENERINA and then to ZAFFERANA ETNEA. Follow the signs to ETNA SUD on the SP 92, go straight to the Etna cableway, and, immediately after it, turn right track to reach the hotel after 400m. The hotel is located at about 20 km from the centre of Zafferana Etnea.

Follow signs to motorway A18 to CATANIA. Turn down to TANGENZIALE of Catania, direction A18 MESSINA and turn down to junction GRAVINA (ETNA). Follow signs to MASCALUCIA and then NICOLOSI. Cross Nicolosi along VIA ETNEA, which becomes the SP 92 climbing the volcano. The hotel is located at about 19 Km from Nicolosi centre.